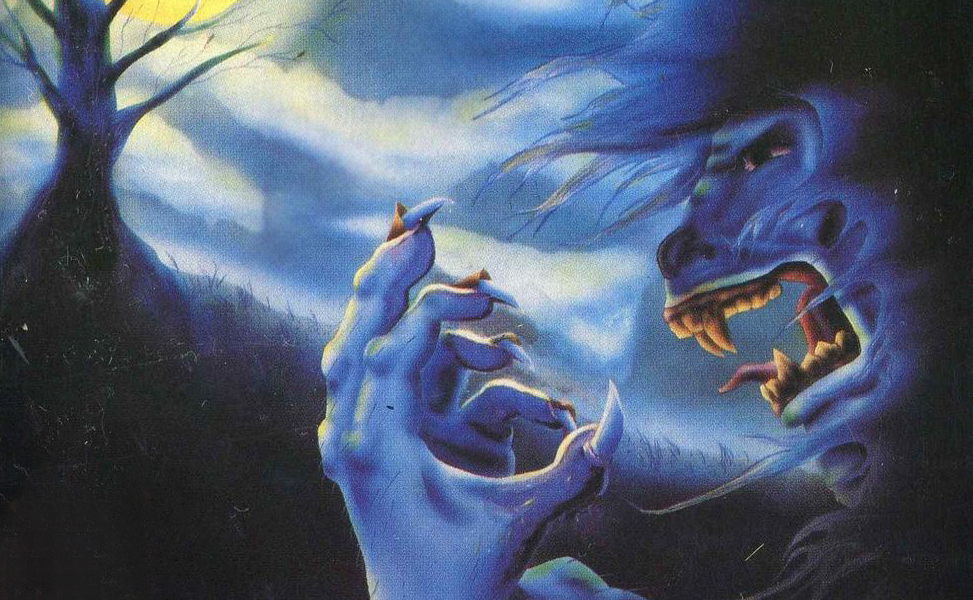 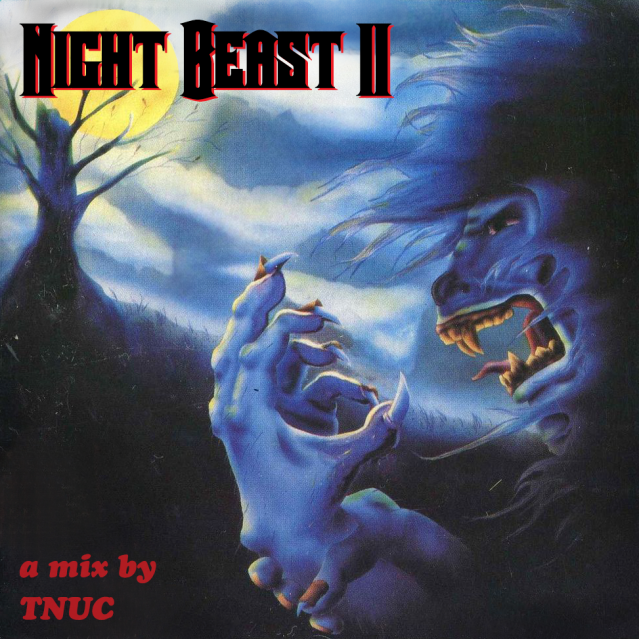 The other weekend I was visiting my Uncle Frank up the coast near Santa Carla. He’s an old burnout and metalhead from the 80s AND he has a pretty sweet condo on the beach – so I’m up there often to explore the boardwalk, scope out babes and have a few cold ones with the big guy.

There I was, hanging around Saturday afternoon while he was out at a lecture on crystals or some shit, and I decided to snoop around a bit – he was an aging bachelor after all, who knows what kind of saucy delights he had stashed. One Penthouse and two dusty old Quaaludes later, I was feeling pretty righteous. Craving some tunes, I moved on to a bin of old CDs and tapes he had. It was a veritable treasure trove: Ratt, Trixter, Fastway – the sort of greasy Neanderthal rock my uncle always had blaring from his 1985 Pontiac Trans Am.

Near the bottom of the stash was another cassette that upon discovering made the hair on my arms rise. The artwork featured a raging wolf creature – jaws curled in a bloodthirsty scream towards a pale yellow moon. I opened up the case to find a tape with a handwritten label bearing NIGHT BEAST II.

Now I’m an aficionado of all things slime and spooky – but this listening experience was hard to describe. There was fire, forests, fiends and the howling of creatures that I had never seen or heard before. So, I did what I felt would be best for the disciples and copied it for you to investigate. Is there something going on with this tape? It’s that time of year again when the veil between the world of the living and that of the dead is at its thinnest, leaving us with a prime opportunity to explore the realm of NIGHT BEAST II.