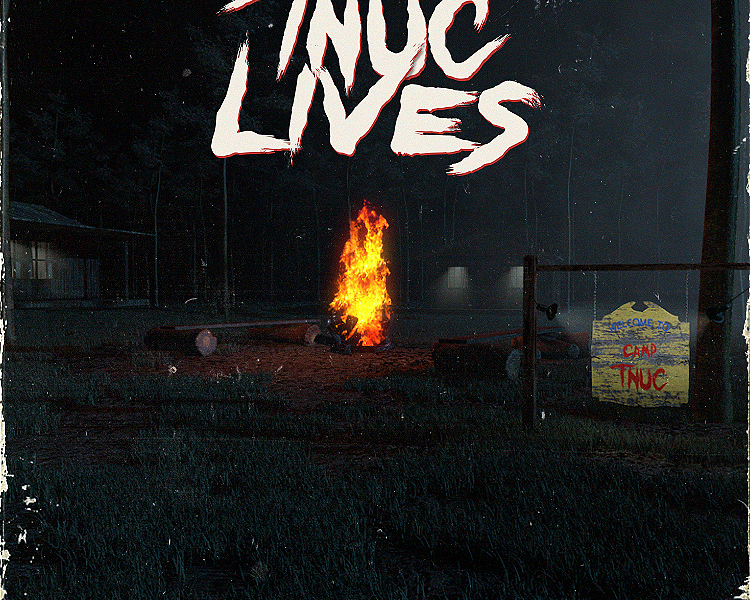 The happy and hormonal teenage campers at Camp TNUC are in for a real treat this season. Year after year he’s talked about around campfires, during up-all-night slumber parties and even giggled about in the midst of a few naked pillow fights in some of the cabins. But this year, the legend has never been so real.

It all started with a counselor that disappeared out by the archery range. Then a blood-soaked canoe seen out by the dock that washed up on shore. Followed by a scare out by the showers that one girl reported a “glory hole” was cut out in one of the shower curtains with something on the verge of peeking in (no further details). The only one that claims to have caught several glimpses of the dark figure of a man rustling around in the woods was one of the camp custodians, who naturally everyone laughs at and doesn’t believe. Instead of pulling pranks and gags on him, like sticking his arm in a pot of boiling meatballs in the kitchen, they should be listening to him. After all, he’s the one left cleaning up after their cafeteria food fights, heavy metal vomit parties but most importantly…knows more than anyone else about the return of this unholy, camp-obsessed manimal!

Only mister custodian realizes that this must be the year TNUC returns, the year TNUC LIVES. The figure of “myth” is no longer. He’s out there. Campers and listeners please note – run-in’s with this savage psychopath are happening, and could happen to you. Take warning the next time you:

Are out collecting sticks for s’mores and you hear the snap of a branch.

Hear the humming of what resembles a synth resonating from the forest.

Catch a patch of fog pummeling out of the woods for no apparent reason.

Return from skinny dipping and JUST your panties are missing.

So consider the following soundtrack to be the essential 33-minutes you’ll need for survival. Disciples worldwide who listen to this will feel his unseen presence watching, waiting – stalking dusty cabins and selecting his chosen bunk bed of the night. This mix is especially important and vital for survival because it’s the 3rd Annual Halloween mix by the combined powerhouse of TNUC + Mike Ballermann. So grab a s’mores and head on down to the lake to join us for ‘CAMP TNUC Part III: TNUC LIVES’

← COMING SOON TO A CAMPFIRE NEAR YOU.
SARAH. →