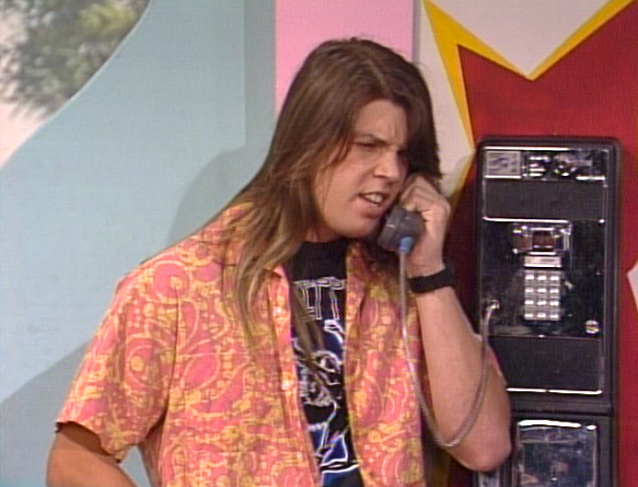 Any self-respecting fan of Saved by the Bell has surely experienced “the moment” – you know, the one when your eyes begin to wander past the cool kid’s table at The Max, beyond Kelly’s locker and just over the top of Zack Morris’ blonde wave ‘do. Off in the distance you start noticing certain background characters which soon become familiar faces after binge watching episodes. One of those faces just happens to belong to our November Lost-Legend-Of-The-Month, a young long-haired barbarian who we call Bonehead Rock Guy!

Mostly seen skateboarding through hallways, leaning on lockers, snacking on fries at The Max and synchronized-head-nodding with his buds – Bonehead Rock Guy is a background character or “extra” that always left me with feelings of awe and wonder. What’s he talking about back there? How often is he in detention? Are Zack Morris and AC Slater intimidated by him? What does his van look like? (Gotta’ be a van). The duration of his appearances may be brief, but boy are they often. Below are some, but definitely not all glimpses of Bonehead Rock Guy from Season 1 of the show. 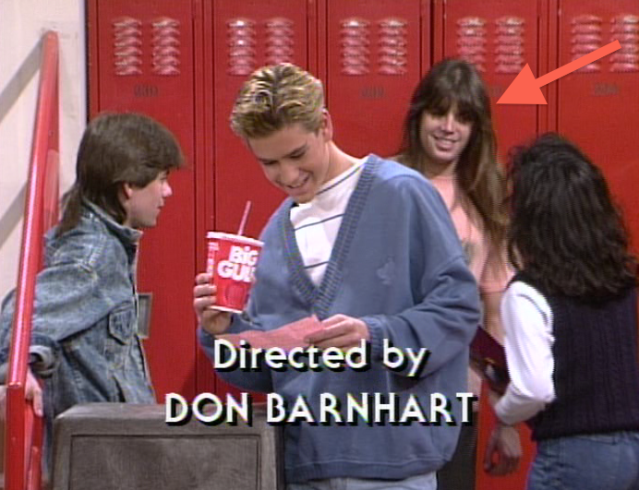 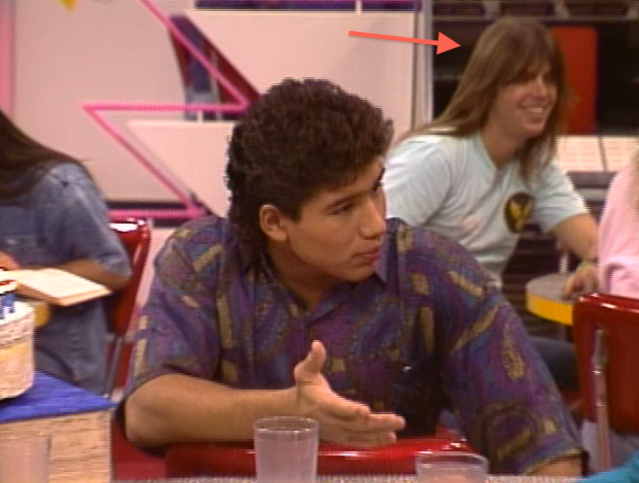 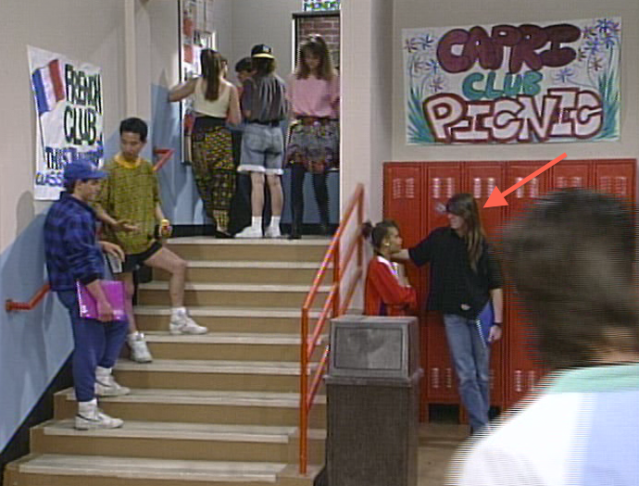 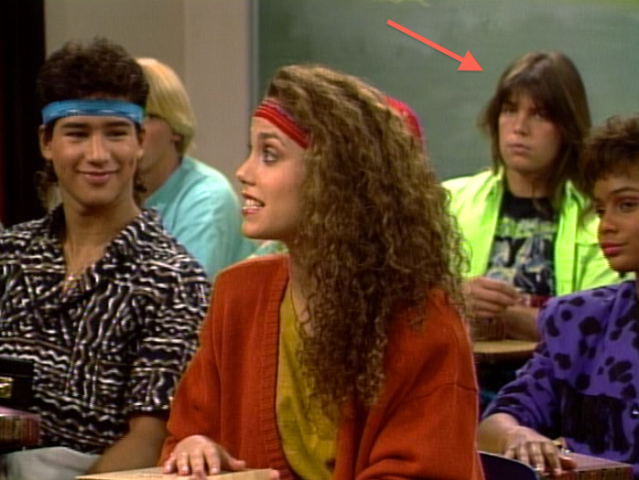 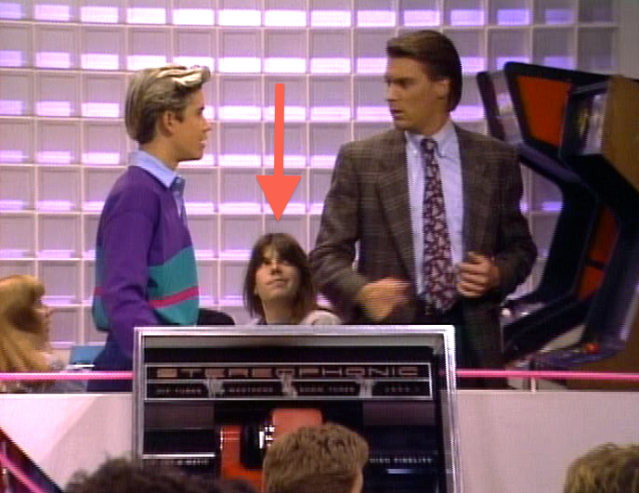 Yea…he’s EVERYWHERE. In episode 11 “The Friendship Business”, students in Mr. Tuttle’s class are asked to come up with their own companies for ‘Junior Achievement Week’. Bonehead Rock Guy and his surf shredders create the lousy company “Surf and Fold” which attempts to invent a “to-go” style surfboard that conveniently folds up for easy mobilization. Sadly the board has structural issues due to it being made of cardboard, which AC Slater points out during their presentation “if you surf on cardboard, it’ll sink!”. We’re fairly confident that his friend with the crusty flop-mop came up with this idea, not Bonehead Rock Guy. 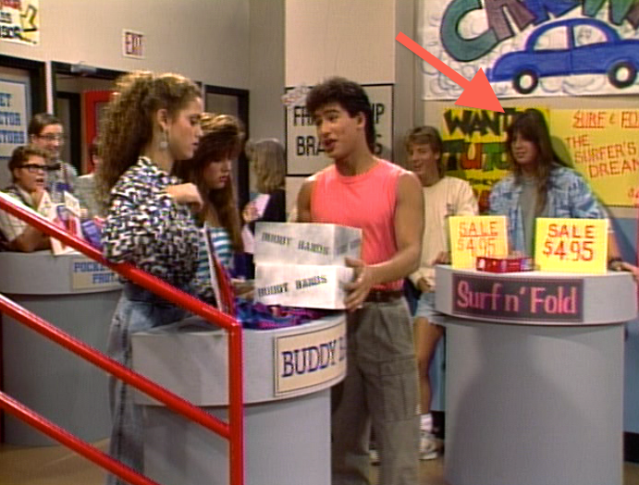 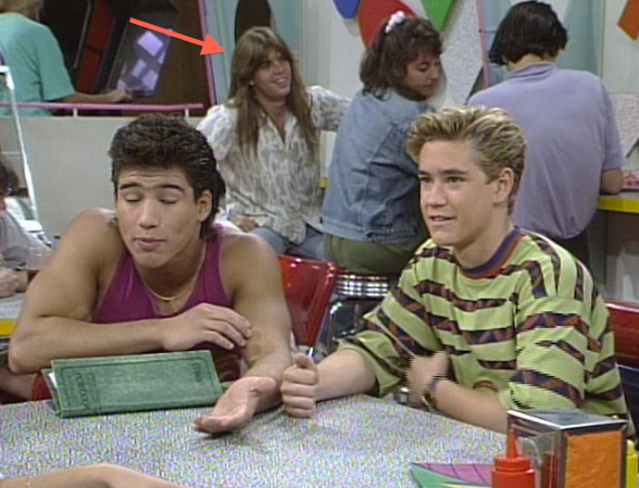 Scenes like the one above usually result in me yelling at Zack and Slater on the TV screen…“For Christ’s sake turn around and talk to this kid. Whatever he’s trying to convince that Bayside baberino into doing is definitely 395x better than what you two bozos are begging Kelly to do. You’re blowing it.” 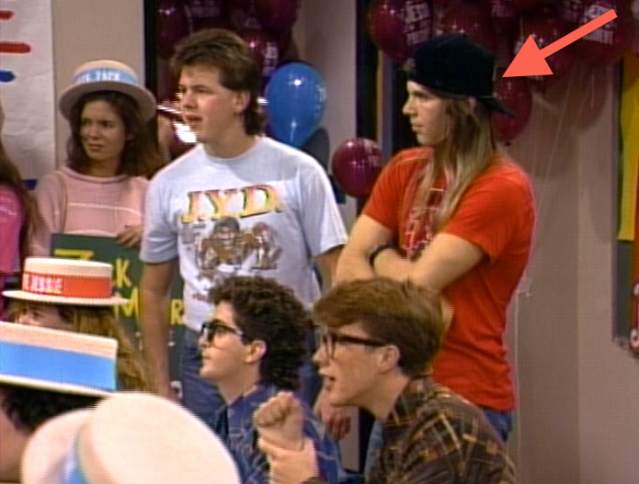 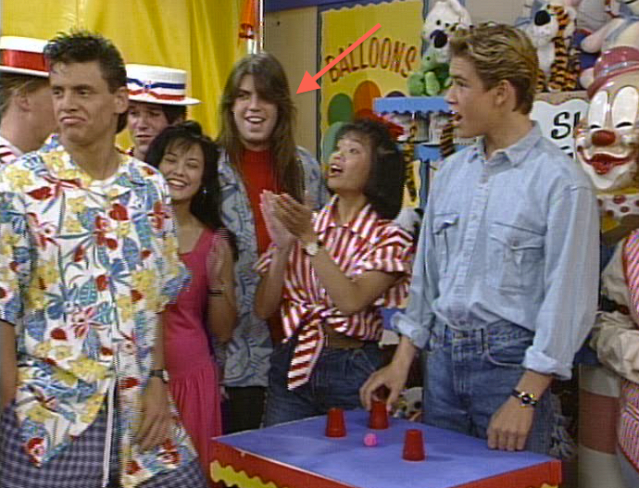 Even when not being chosen for games and activities, this guy always keeps a positive attitude. 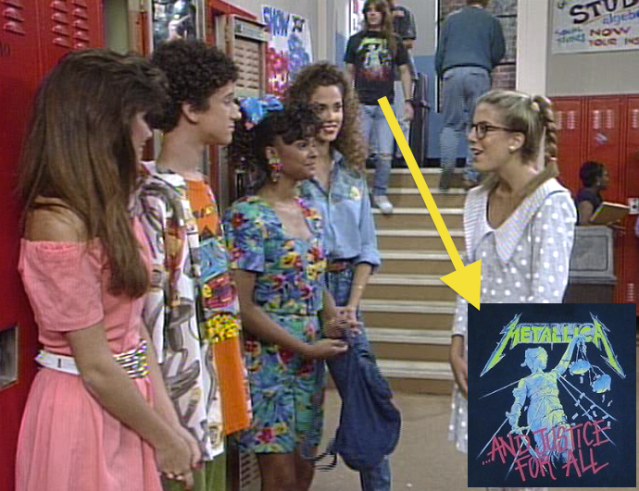 ALERT: METALLICA SHIRT! There’s no question that our lost legend was Bayside’s heavy metal outlaw, but it’s proven here from this investigative research that Uncle T recently performed while watching episode 21 “House Party”, which also stars a young Tori Spelling as seen in the photo. 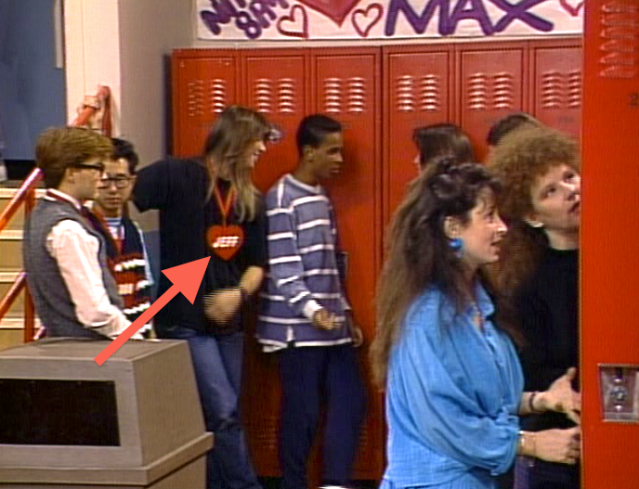 Whoa. Pump the breaks. Our pal suddenly has a name and it’s “JEFF”! Episode 14 begins with everyone wearing plastic hearts around their necks because the Sweetheart Dance is coming up. This is where things get interesting and also confusing… 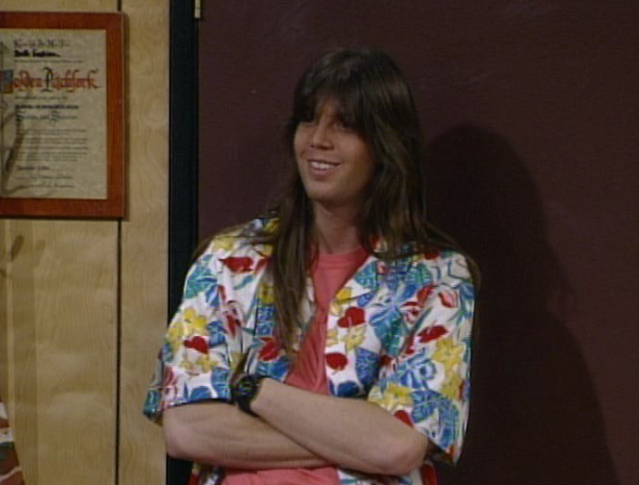 Fast forward to Season 2 and “Jeff” suddenly delivers some actual dialogue! For a few seconds he informs Mr. Belding that the chemistry lab is on fire, then fires off the sharp one liner “got any marshmallows dude?” But…Belding calls him “Robert”, so my guess is that the writers completely forgot he was given a name just a few episodes prior. I hoped to post the clip on here but the suits at NBC Universal would have shut me down, so watch it here if you need a revisit.

I can’t be the only person whose eyes have drifted beyond Kelly’s pompoms to realize that life beyond Bayside’s six popular characters did exist. In fact it’s pretty hard not to notice a lot of the same extras being used repeatedly. Although Bonehead Rock Guy definitely fit the show’s ‘California surfer kid’ stereotype I think he had much more to offer than just filling in the scene. His effortless fashion sense and “too cool for school” attitude immediately jumps off the screen, attributes that elevate him to supreme status. His whereabouts remain a mystery and attempts to locate the lost legend have proven to be unsuccessful. *It should be noted that he’s uncredited from the show, even in the episode that featured him speaking!* If anyone recognizes him from somewhere else, whether it be another TV show or selling pretzels at your mall, please contact TNUC immediately! 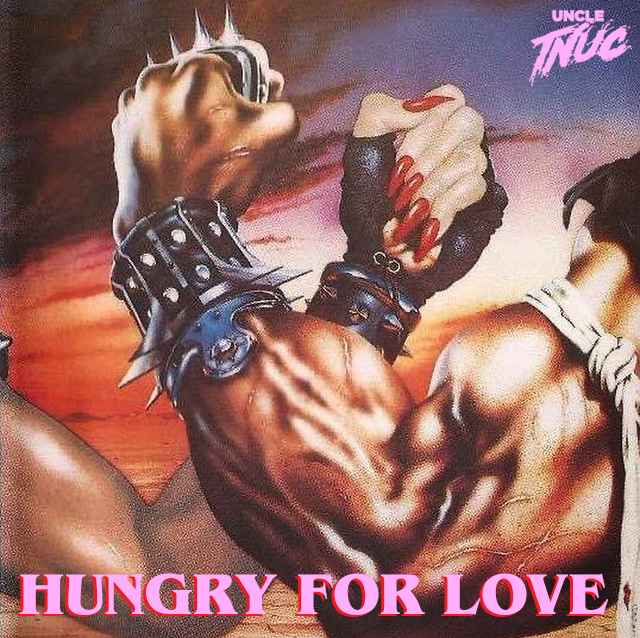 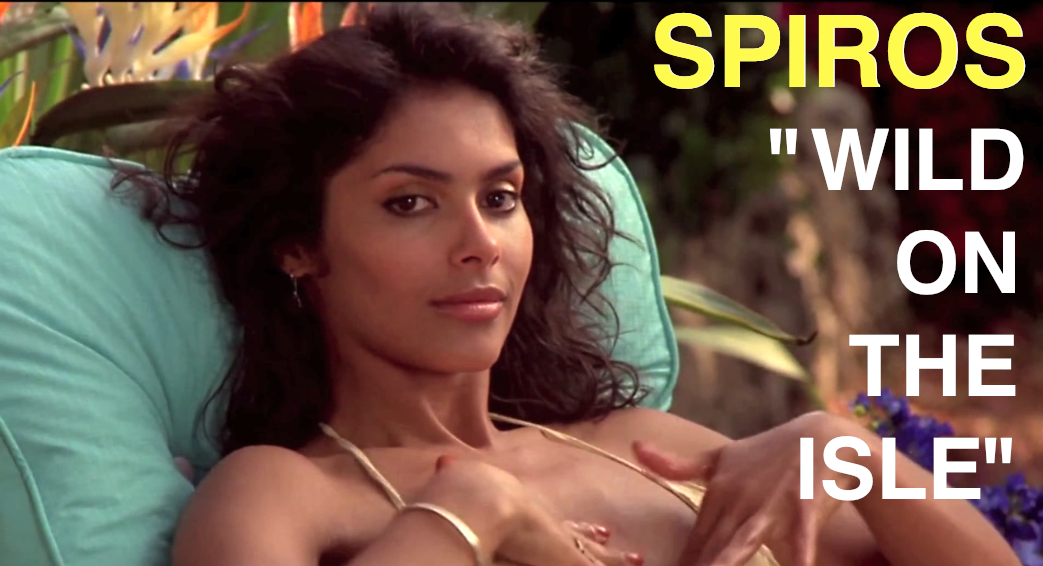