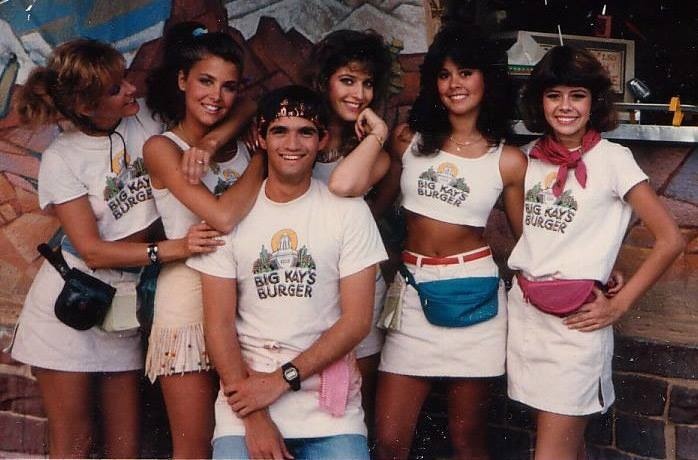 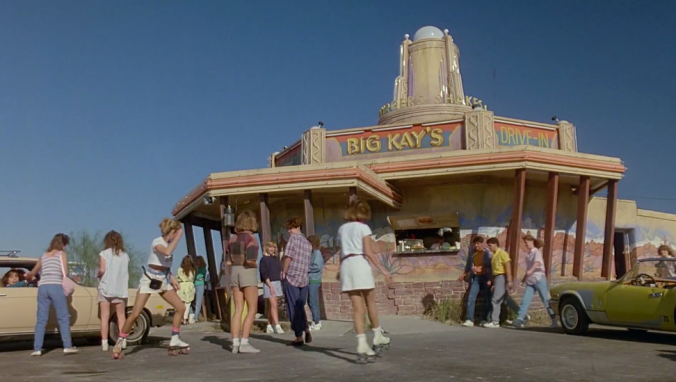 Spring is almost here, which means TNUC’s afternoon burger lust is growing more rabid as the days get warmer. Pretty soon that whiff of cooked onions, melted cheese and charbroiled burgers will fill the air and we’ll start to lose our minds. Then some heavyset greaseball named Donny will lift a massive crate of french fries out from the fryer and Uncle T won’t be able to resist the tower of temptation. As the season approaches, nothing beats chomping down on a fat cheeseburger and molten hot fries. Especially washed down with an ice cold Pepsi or beer. That’s the stuff.

You know where you are. Step inside April’s Local-Hot-Spot-Of-The-Month, the one and only Big Kay’s Burgers!

Nestled in the hot desert somewhere off Lookout Mountain Road was the infamous burger joint known as Big Kay’s. Driving down the dusty highway and seeing the first glimpse of this place made it seem like a mirage, except Big Kay’s was no illusion. An oasis of hot burgs’ and hot babes awaited your arrival. 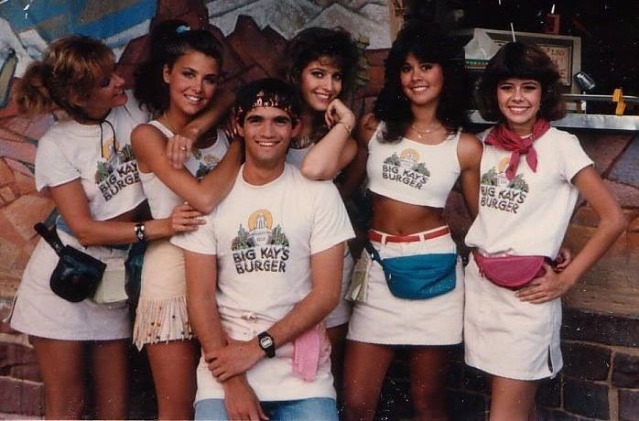 Some people thought that resident cook Billy was a neo-maxi-zoom-dweebie, which is both dumb and bogus. The guy ran the joint and only hired cute chicks, duh.

Suddenly in the middle of the desert the UFO shaped building would come into focus, followed in the distance by the humming of some AOR melodic rock like La Marca’s ‘Hold on Blue Eyes’ playing loudly on a car stereo.

Pull into a parking spot and wait to be greeted by rollerskating waitresses in Big Kay’s tank-tops and miniskirts. One attribute which remained a standard at this place was the nonstop real-life montage happening from noon to night. Being at Big Kay’s was the closest you’ll get to living in a fully functional movie montage. People danced. Girls skated around your car. Guys snapped their fingers and tipped their sunglasses every couple minutes.

In the excruciatingly hot kitchen Billy slung burgers and chili dogs. He’d toss patties over his shoulder, sending them splatting to the grill. Pickles flew through the air. Streams of ketchup and mustard were shooting to the ceiling. Hot weiners flopped into toasty buns. It looked like an episode of Super Sloppy Double Dare. With all the chaos he still managed to get everyone’s orders correct, even bully Packard Walsh’s special order (extra mayo and thousand island), just the way he likes ’em. 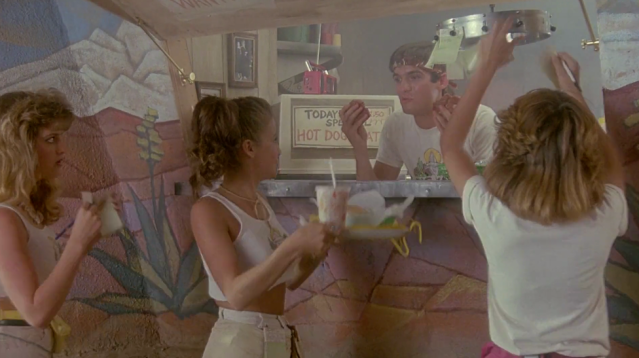 On certain nights an eerie mist surrounded Big Kay’s which was unexplainable until a Turbo Interceptor showed up in town and started killing off all of Packard’s goons. No one complained because Packard was a huge asshole, especially to Big Kay’s “Babe of the Century”, the dreamy Keri. 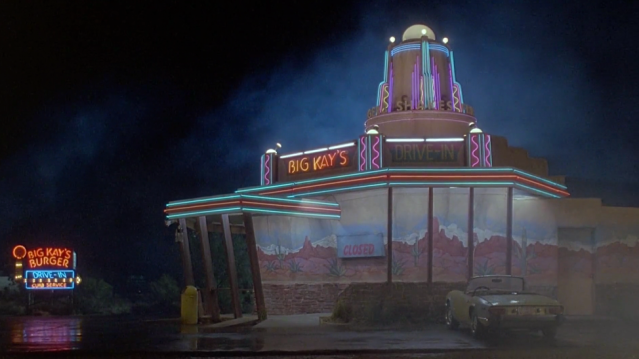 Behold, the Turbo Interceptor (the only one in existence)…

Word to the wise for those of you making the drive to Big Kays: don’t pull up in your momma’s Volvo or fat-ass minivan. If you’re desperate, have her drop you off at least 1/2 a mile away down the street and walk the rest of the way. Trust Uncle T.

On behalf of all the fans of this movie, TNUC would like to wish a Happy 30th Anniversary to THE WRAITH which celebrates it’s big birthday later this year.

[Local-Hot-Spot-Of-The-Month is a adrenaline-thrusting history lesson and celebration of signature hangout spots one might recognize from television, film or real life. Our objective is to not just rediscover and dissect these places, but more importantly create a feeling like you’re really there. Take your time with these entries. Hang out. Turn some music on.
To visit the rest of ’em, go here.]