Before we divulge any information as to why a random ice skating rink from the movie Encino Man was chosen for March’s Local-Hot-Spot-Of-The-Month, you really need to read the following real life story… 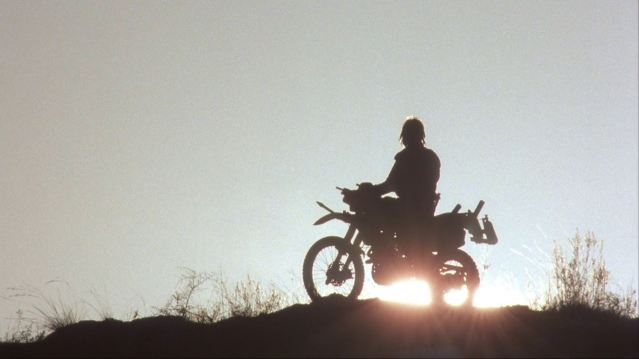 It all happened on a late Saturday afternoon. Uncle T pushed his 1990 Honda XR80 out of his garage, hopped on, kicked down on the starter and peeled away to ride the dunes like an amped up gorilla. He loved riding over the dusty dunes and through the canyons, especially this time of day as his hair blew around and trenchcoat flapped in the wind. The late afternoon sun was casting a picturesque silhouette of him and his bike against the rock boulders and cacti plants. “Wow, I look like something right out of the TV show Renegade” he actually said out loud to himself. He begun to get very carried away with this feeling, riding recklessly while head-banging and not paying attention to the trail. Suddenly an armadillo crossed in front of his tire and he spun out of control, crashing head first into a scorpion’s nest. This would be the last thing he remembered until waking up at a mini-mart with a weird naked Indian passing him the biggest frozen bubble gum Slush Puppie known to man.

It is believed that one of the desert natives had found him passed out on the rock and brought him into town on horseback. He’d somehow known to drop TNUC at his favorite local mini-mart and bought him his beloved Slush Puppie to help nurse him back to life.

Uncle T’s vision was blurry when he came to, and the weird naked Indian was already getting back on his horse to gallop away. All he could make out at the moment was a deeply tanned individual in a loin cloth with crusty hair. Several minutes later his vision returned and he reached into his pocket to find a crumbled piece of paper. He opened it up and saw this: 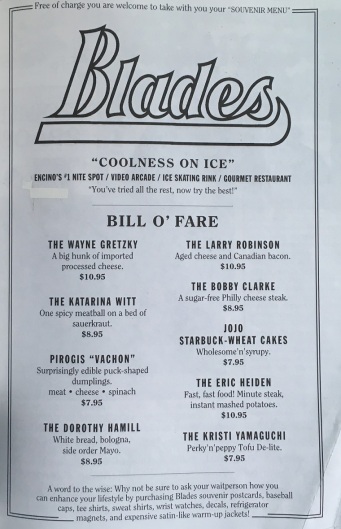 That was no weird naked Indian! Could that really have been the primitive savage cavedude LINKOVICH CHOMOFSKY?! But what was he doing in the desert…and on horseback? Whatever the case, he obviously gave TNUC this exceedingly rare flyer from Blades hockey rink for a reason.

It left TNUC no choice. Without further ado, we’re excited to announce March’s Local-Hot-Spot-Of-The-Month: B L A D E S! 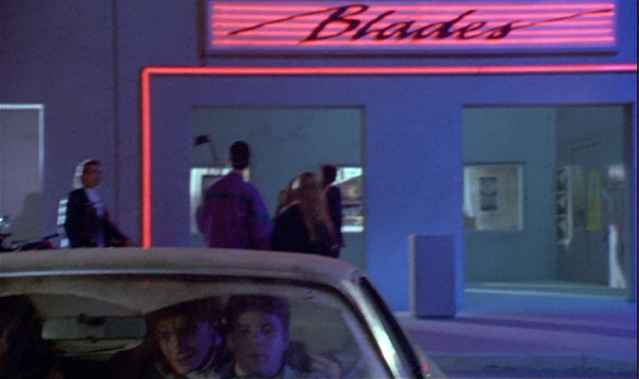 As witnessed in the 1992 motion picture epic Encino Man, this was not just any indoor hockey rink. Walking into Blades under the pink and blue-lit entrance was every fully buff teen weasel’s dream. If you were a delinquent or dropout of Encino High who pined for a life of greasin’ the do back and weasin’ on the buffest, you wouldn’t dare miss a Friday night at Blades.

Aside from the obvious attraction of the ice rink, inside Blades was a wealth of killer tunes playing on the PA system, a video arcade, food similar to a bowling alley (fries, pizza, potato skins, meatball sandwiches) and most crucially…”Betties” galore! 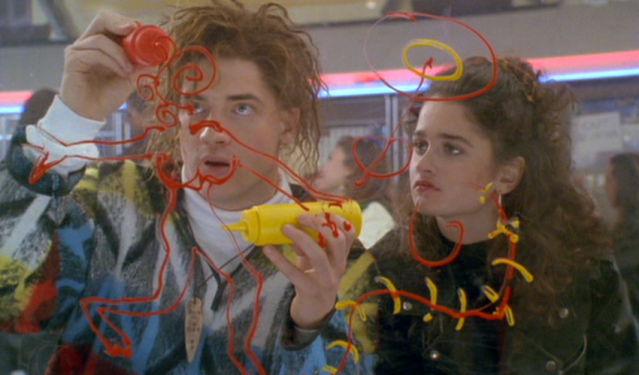 Above, the new exchange student from Estonia paints his long-lost cave nug on the rink glass with ketchup and mustard. 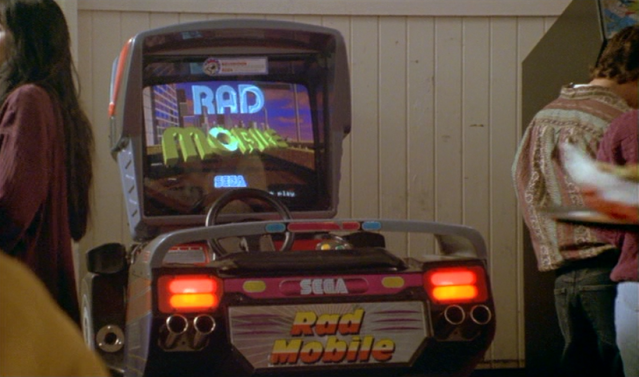 Sega’s Rad Mobile was one of the hottest games found in the arcade. First released in arcades in 1991, Rad Mobile has the player engage in a non-stop road race across the USA while avoiding traffic and police cars under the time limit. The car is a Ferrari 330 P4 type prototype racing against computer generic cars. During some of the courses the player can activate different controls, which include headlights for night driving and windshield wipers during rainstorms. If the player does not activate these controls when prompted, effects such as a restricted view of the road or a wet windshield will occur. (Thanks Wikipedia.)

As bodacious as Blades was, the place also had its fair share of jock douchebags running about. Take for instance, Matt Wilson and his goons who go there to play hockey and mess with guys who have shitty self-esteem like Dave Morgan. It would take a real unique weasel to step up to Wilson and it finally happened when a high school caveman who was recently dug up in a backyard walked up to him on the ice and took a few punches from Wilson like he was waving a feather duster in his face.

Blades was truly a special hot-spot. My goal now is to fix my dirt bike and get back to the dunes in search of Link. If he’s really out there, chances are that he didn’t adjust to society too well after Dave and Stoney fled away to college. Who knows, maybe TNUC will co-invest in opening an all-new Blades skating rink for all the nugs in town.

Thanks for reading about this month’s Local-Hot-Spot! Be sure to catch the rest of ’em over at this location.