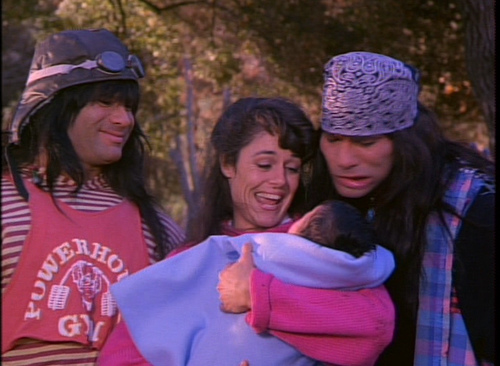 Right off the bat, I can assume what some of you are thinking. “Really Uncle T? ANOTHER post about the damn Barbarian Brothers? Can you just get over it already?”

The answer to that is no, I cannot. News just came to Castle TNUC that one of them is actually my biological father. Laugh all you want, judge if you must, but this was pretty heavy news for a Tuesday afternoon. Some of you are just going to need to bare with me during my reflections on the greatest meatball pairing to ever grace the silver screen.

Here’s a current history of TNUC scriptures regarding The Barbarian Brothers..all of which are required reading material:

If you have no recollection of their 1994 comedy opus Twin Sitters, TNUC will be your guide. The tale of Twin Sitters begins with the musclebound twins starring as Peter & David Falcone, Italian restaurant entrepreneurs. The twins are hired by a wealthy businessman to babysit his preppy, blonde-headed little twin nephews while he testifies against his evil boss. Hijinks and grief are all these little brats bring to the Falcone’s. Of course the brothers eventually put them in their place, and offer the youngsters philosophies about pasta, monster trucks and wearing clothes that look like The Ultimate Warrior and David Lee Roth combined wardrobes. The Barbarians are at their acting peak. Twin Sitters would be the last starring roles the brothers would ever experience again. But wait…there’s more. What if I told you that these two meatballs helped create and entire motion picture soundtrack for the film? What if I told you they not only sung on several of the tracks, but rapped too? What if I told you the soundtrack is so rare that it is nearly impossible to track down, yet we’ve excavated a track just for you disciples to embrace today? 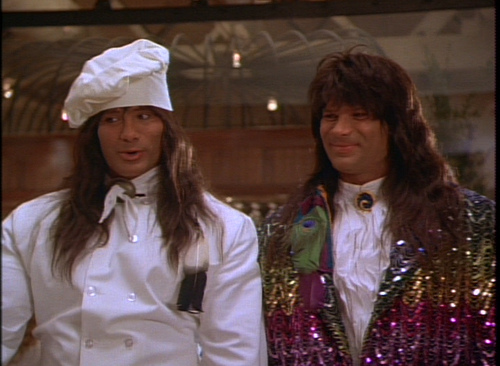 The fact that someone OK’d the Barbarian Brothers to create a soundtrack to this movie is mind-shattering to begin with, but it’s entirely true and that person deserves a medal of honor. The brothers rap and sing on such songs as ‘You’re Full of Balogna’, ‘Whatcha’ Lookin At’ and ‘You Got the Right to Say No to Drugs’. AOR legend and emmy winning singer/songwriter/producer/guitarist Paul Sabu lent vocals to (3) of the tracks on the Twin Sitters OST, including the emotional rollercoaster ‘BROTHERS FOREVER’. If for some abominable reason you’re not a fully-commited Barbarian Bros fan, this song is your final test. One last shot at catapulting you into the Barbarian disciple you were destined to be, from here to eternity…

It’s hard not to get a little choked up while listening to this track. It’s a well-done slice of AOR that in my perfect world would fill an arena of screaming, devoted Barbarian Bros fans. The icing on the cake is the artwork to Paul Sabu’s album featured above. A long-haired warrior in a leather jacket with no shirt underneath, standing in front of a sweeping sunset. It makes perfect sense why The Barbarians and this guy got along so good… can you imagine what sort of hijinks the three of them got into?