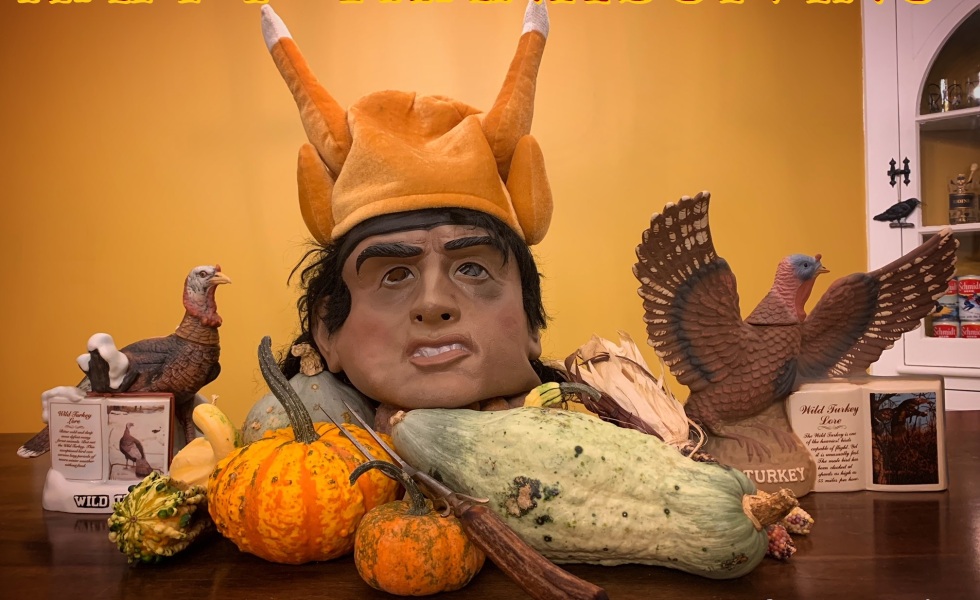 Here at the TNUC Lair, we wouldn’t dare treat the Thanksgiving season as just a lull between the two big holidays.

I suppose pretty good evidence of that can be found on not one, but two “Mystery Meat” mixtapes released over the past few years — the only Thanksgiving/holiday-feast themed mixtape series in existence.

But this year I wanted to have something tangible, old and crusty that I could kick my feet up and stare at as I sip my glass of bourbon and take a forty second drag of my Old Gold heater.

So Uncle T went for a quest to find a couple ancient ceramic Wild Turkey decanters and boy did I rise up with gold. Watch the video.

These beautiful big birds of the month are part of a group titled the “Wild Turkey Lore Series”. The bird with the extra wide wingspan is the first in the series, debuting in 1979 and carrying on over the next few years with turkeys in different natural habitats. Each were sculptured by hand and “crafted with a traditional bisque finish that’s designed to enhance its rich detailing and coloration”.

I can’t think of a better way to honor the Great American Turkey than filling these with whiskey and turning loose on Thanksgiving. I hope you enjoy the video.