After checking out Pet Semetery locations in Ellsworth and Sedgewick, Uncle T and his #1 lady disciple of TNUC headed west to the city of Bangor, the home of MASTER himself. 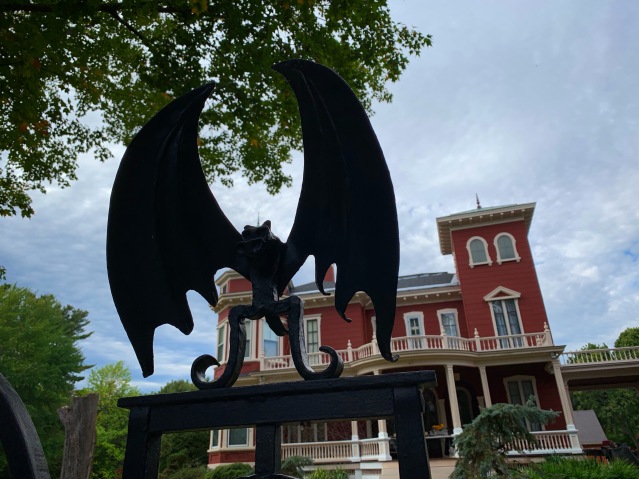 King’s gothic-style mansion is more haunting looking in-person than I’d seen in photos. Black iron gates surround the property with bats and dragons looming over entrances ominously. If you look closely there’s a deflated red balloon hanging limply on the front gate. I also found it really cool that his house is in a totally accessible, regular neighborhood. While we didn’t catch Uncle Stevie in any of the windows on his typewriter, frantically trying to finish a novel with a bottle and cigarette by his side, a painting contractor in the driveway said he was coming home in a couple days.

The next batch of photos are locations in the city of Bangor where King was inspired to create the fictional town of “Derry” from IT. The drainage systems and “barrens” areas we visited aren’t actual movie locations from the 1990 film or remakes, but for the novel the author would walk these specific areas of town and pull direct ideas from.

Last but not least, our next destination ended up one of my favorite spots of the entire trip…the sleepy town of Dexter which was used as the setting of the introduction to CREEPSHOW 2! 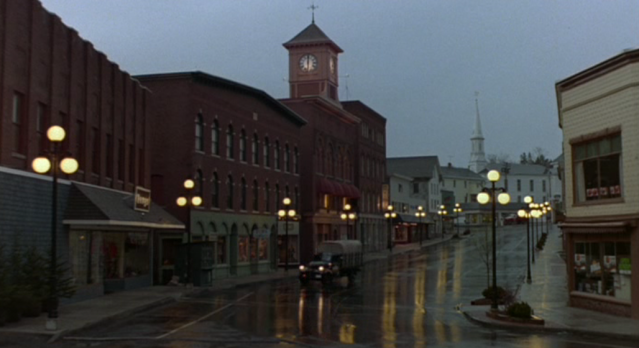 This one really got me. The old town of Dexter is just as sleepy and desolate today as it seemed to be 1987. By pure coincidence, we ended up booking a couple nights at a fantastic place called The Brewster Inn which ended up being just a few steps from this location (really didn’t plan on that). I walked down the road from the old inn and boom…it was like looking directly at the still shot from the opening to Creepshow 2.

All that was missing was the old creep giving Billy the new Creepshow magazines hot off the presses!

Thanks for reading about my pilgrimage to Stephen King locations in Maine! Don’t forget to check out Part I of this feature. Hopefully reading this inspires some people to venture out of their homes and check out some bizarre locations in their region. You’ll be surprised at what you can find out there. All you really need is a tank of gas and a will to be weird.

If anyone has the urge to seek out these locations, get in touch with Uncle T for a map and some self-guided tips.