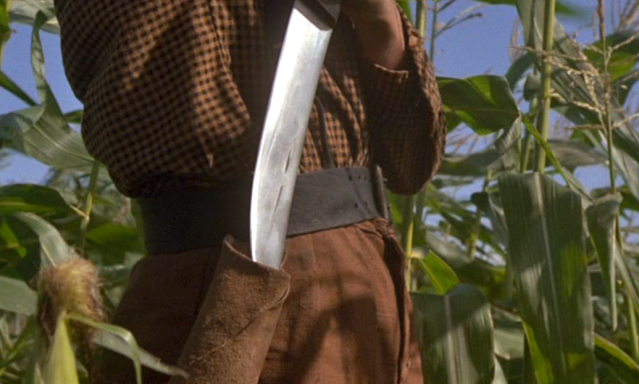 I know Uncle T is in the small majority when he proclaims his love for Children of the Corn.

It’s a movie that nobody talks about. It’s a movie that people sometimes forget was based on a short story by Stephen King. It’s plot revolves around a cult, yet the movie itself has no cult following. But for all the weaknesses throughout the Children of the Corn franchise, no one can argue that at the very least in 1984, we were introduced to the raddest-red-headed-bastard-stepchild of all time…MALACHAI. 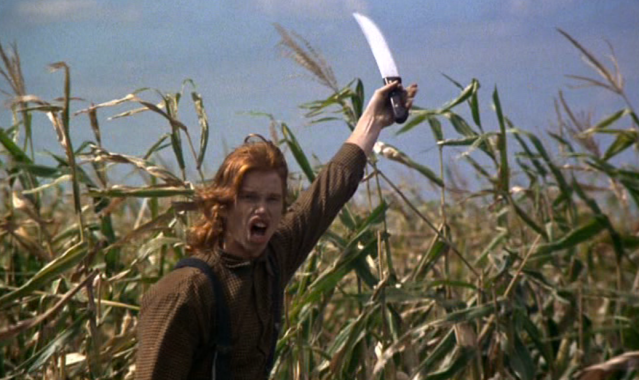 This severely pissed, severely underrated teenage neanderthal brought more to the film than all characters and plot combined. Aside from being a sadistic, murderous teenager, I think Malachai gets an unwarranted reputation and isn’t appreciated enough. When I was a kid I thought Malachai was one of the coolest guys around. Today we count down the reasons why… 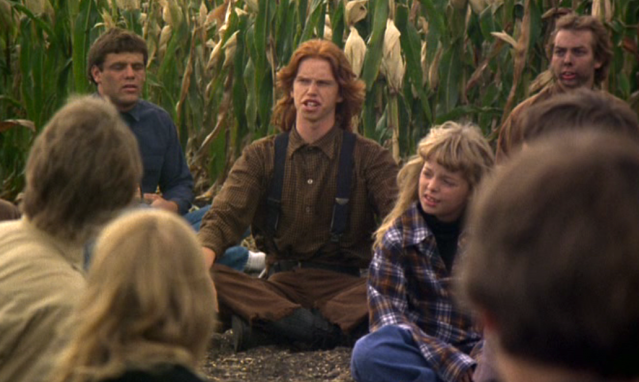 We can all agree that the kids in Children of the Corn are twisted little creeps – yes – but outside of being brainwashed in a religious cult these are not kids you’d choose to hang with, meet at the food court, invite to your keg party, etc. They appear to be nothing more than sheltered holy rollers with not much going on upstairs. Just look at gerbil boy in the above picture (right) for example. He probably spends most of his time sniffing farm equipment fumes and watching cartoons in his underpants with Spaghettio stains all over his face. This is also the case for their cult leader, Issac. He’s the creepiest twerp of the whole bunch, has a very punchable face and isn’t a guy I’d like to have an Old Milwaukee with.

Malachai on the other hand is one cool bastard. Just look at him sitting Indian style with a facial expression that would send shivers down the backs of any high school football coach. Malachai always seemed a step ahead of the pack too, which includes over his supervisor Issac. Even though he was essentially Issac’s henchman or “muscle”, sent to do the dirty work and take command of the troops, Malachai was a more logical psychopath. When Issac talks down to Malachai with his noodly pipsqueak voice and insults him, I find myself getting very upset.

True confession. When I was a pint sized TNUC, a good friend of mine lived on a farm with a massive cornfield on Martha’s Vineyard. Both of us watched this movie repeatedly so naturally we’d play “Children of the Corn” in the cornfield during the summer. All this usually meant was grabbing knives from his parent’s kitchen and chasing each other through the rows. One of us would be Issac, the other Malachai. It might sound sick, but I think pretending to be this rad redhead provided the “release” I needed during those preteen days.

Thanks for the inspiration and therapy, Malachai. 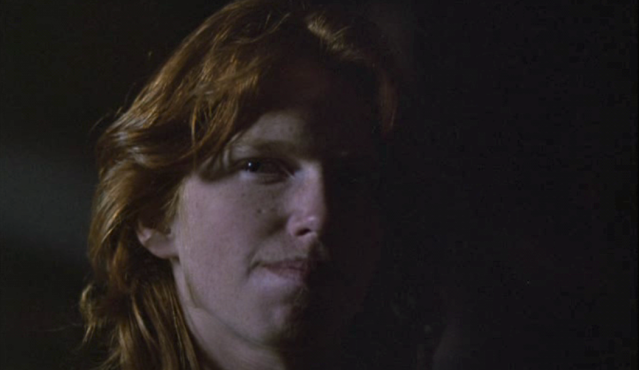 #2 HE REMINDS ME OF DAVE MUSTAINE.

Hear me out. I’m not talking about just the red hair and freckles, I’m more focused on the shit-eating grin and nasty attitude. During that one scene when he’s storming through the town screaming “OUTLANDER!!!” I just close my eyes and dream of a Megadeth song breaking out and Malachai shredding away on a Jackson King V guitar while cornhusks blow in the wind and Issac cries into his preacher hat.

I don’t care what anyone says. Malachai ♥‘s speed metal.

Ready for a brain destroyer? Courtney Gains’ acting debut was playing Malachai! Let that one sink in for a minute.

Aside from his incredible performance in the film, that face of his is a huge part of Malachai’s power. I can’t imagine how much corn he destroyed during the making of this film. With a mouth like that he could probably eat a corncob through a barbed wire fence. Craft services were probably trembling when they saw him approaching the hot trays during breaks.

Courtney “Warchild” Gains has a bevy of film work which includes such classics as Hardbodies, The Burbs, Back to the Future, Secret Admirer and Can’t Buy Me Love. I command you to seek out his work and study his art.

Side note: If any of you live near an accessible cornfield or corn maze, one of these evenings I urge you to take a spooky stroll through one. Cornfields are fiercely eerie places at nighttime. Just watch out for “he who walks behind the rows”…