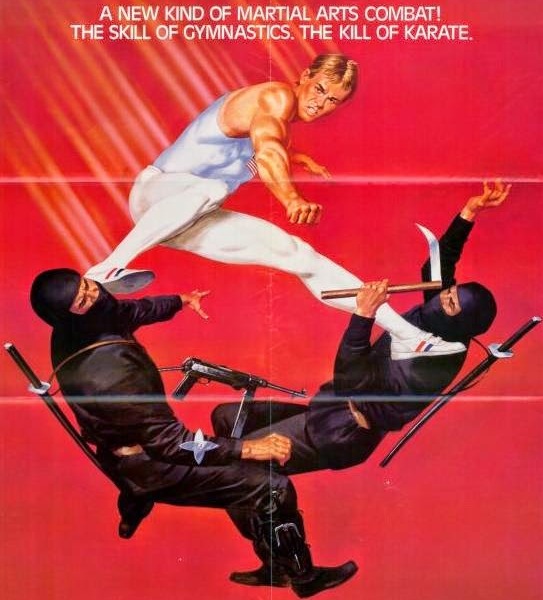 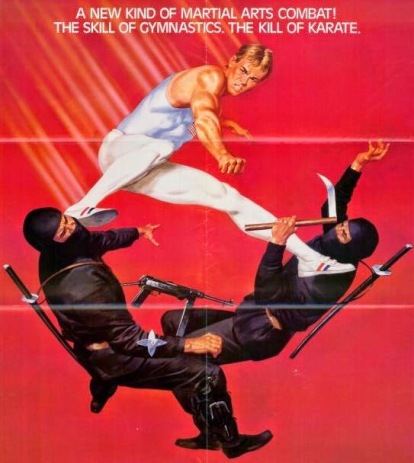 His name: Kurt Thomas.
His title: 3-time World Gymnastics Champion.
His assignment: A secret mission for the United States government.
His only weapon: Himself…and that’s all he needs.
Every expectation you ever had about gymnastics and karate can now be fulfilled in Gymkata. The movie stars real-life Olympic gymnast Kurt Thomas (playing himself), who’s sent on a mission to a country called Parmistan where he’s been chosen to compete in a brutal “Game”. With a piercing blond mullet and some limber gymnastic-meets-nujitsu style moves, Mr. Olympian takes us on a journey into a world where it’s perfectly acceptable to blend neon tracksuits and medieval times.
Gymkata welcomes characters ranging from black-cloaked warriors on horseback to New Jersey metrosexuals with tracksuits wearing wrestling sneakers…what? YES. You’ll question if the film takes place in 1985 or in 1685. PLUS, the movie has a bunch of those smelly townspeople that gather in villages who seem like their only purpose in life is to cheer, throw cabbages and pump their pitchforks and burning torches in the air.

If I could even begin to attempt to introduce the following clip, I would. Sadly, I’m still trying to recover from it. The only words I’ll mutter is that I feel like if a Steve Moore or Oneohtrix Point Never track was backing this scene, it would work like a charm. Begin at at the 5:28 mark.