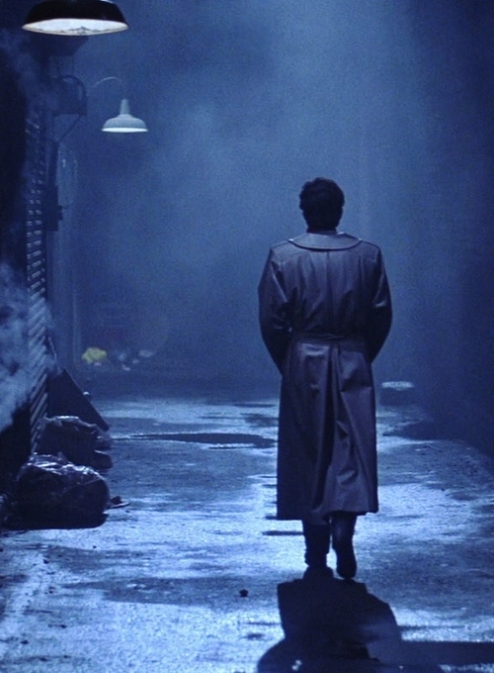 The nightmare continues today with one of Brad Fiedel’s peculiar pieces from his 1985 score of Fright Night, an appropriate selection entitled ‘Window Watching’. This song will terrify your neighbors and at the same time make them envy your every move. They will talk amongst themselves, gossiping and claiming that the moans and screams they keep hearing in the middle of the night are coming from your window. When one of them confronts you about it, you deny it to the bone. They’re frightened but at the same time intrigued and want in.

The only thing they know for sure is that you’re sweet, sexy and you like to sleep in late. The old neighborhood was such a bore before you moved in. Now it’s fresh cut lawns, white picket fences, kids playing…and a seductive, late-night vamp living next door. The few times you see them, you smile and wave, pretending like everything is normal. Little do they know, one move and any one of them could be thrust intro a brink of seduction and into your embrace.