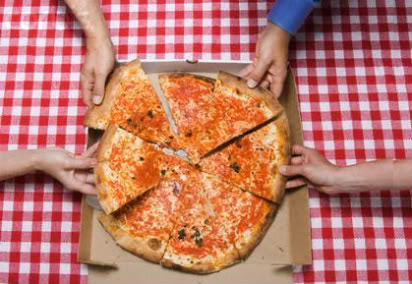 Is there anything better in this world than kicking back on a Friday to enjoy a delicious slice of pizza washed down with an ice cold Pepsi? Nope, there’s not.  So here are TNUC’s top (4) pizza commercial memories…

#2 – “SVEN”. You know that when this scene ended, he called up Dolph Lundgren and after crushing beers and hanging out in woolly sweaters, they beat the piss out of of those clowns in the commercial for making fun of his “Swedish” non-existent-pan-pizza-lifestyle. Just look at his expression as he devours that cheese. I don’t care what his peers claimed in the clip, Sven has to be German!
This one’s dedicated to Mike Ballermann.
∇   ∇   ∇

#3 – Anyone who owns the legendary Teenage Mutant Ninja Turtles VHS tape has to remember this one. The little league baseball team celebrates a game-winning catch by heading to their neighborhood Pizza Hut. Years later I would be forced to retire my copy of the tape, from too many viewings and a mysterious cheese oozing out of the cassette from time to time. “Makin’ it great!”
∇   ∇   ∇

#4 – (Look out, Uncle T appearance!) Spotted briefly in a dark room digging into a slice at 0:14 seconds into the clip.

2 Comments on “NO ANCHOVIES, PLEASE!”