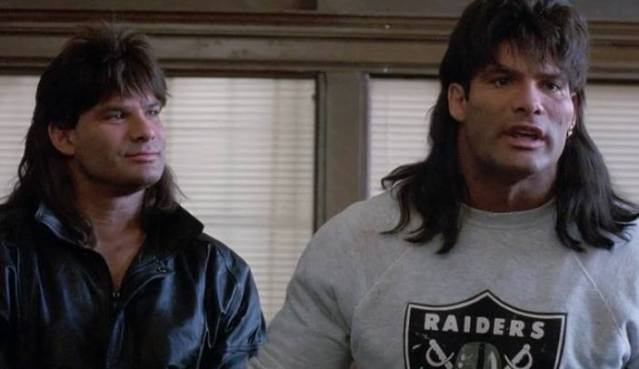 This week came to an insanely rough close after finding out that David Paul, one-half of the iconic duo The Barbarian Brothers had passed away in his sleep at 62 years old. Anyone who follows this website would understand the level of importance these twin meatballs were to TNUC.

From breaking records in bodybuilding during the early eighties to a bizarro movie career which spawned classics like The Barbarians, Double Trouble and Twin Sitters, these guys have always been towering figures of fascination and inspiration to us. Make no mistake, these are badly directed movies paired with bad acting, but they possess a certain charm that is undeniable. Taking a look back at the career of David and Peter, it’s remarkable what they were able to do.

I’ve met both brothers at two separate occasions, which are wild tales that need to be told at some point. As for right now during this tough time, TNUC put together a little picture montage in tribute to the legendary, modern day neanderthal and my hero, DAVID PAUL.

Rest In Power, David Paul and Cowboy (the dog)

5 Comments on “BARBARIAN IN HEAVEN.”