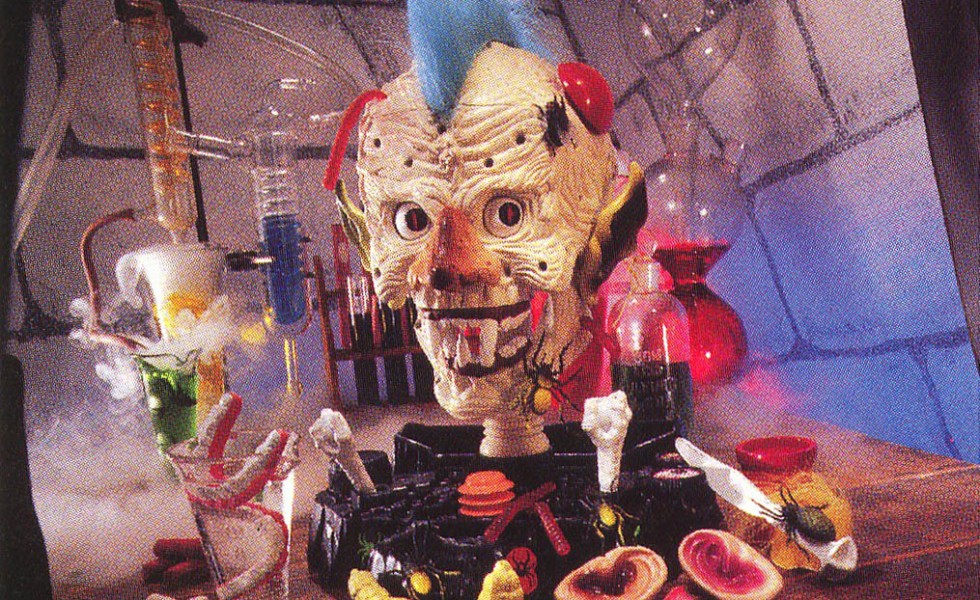 It’s time to talk about one of Hasbro Toys’ greatest creations, Monster Face!

For those who don’t know or need a good memory slap, Monster Face was a giant skull head which you could assemble yourself using over 30 frightful facial parts, including monster glop (ooze), blisters, spiders, worms, scars, a movable jaw, mohawk hair and glow-in-the-dark fangs! In every description of Monster Face on the internet, he’s referred to as a “monster version of Mr. Potato Head”, but that’s a lazily lame description because in actuality he was SO MUCH MORE.

It all began at Christmas of ’92, a holiday morning Uncle T will surely never forget. Streams of red + green wrapping paper violently flew through the living room as a giant neon box with the words MONSTER FACE and a demented skeleton squash on the front appeared before him.

This toy definitely wasn’t something you set up once and let it rot on a shelf, waiting for his white boney head to turn yellow from the sun. This rad bastard was made to be experimented with over and over again, with guaranteed fun times like making slime pour out the side of his head, to controlling the jaw for him to host your own “Midnight Hour with Monster Face” in front of a packed crowd in your bedroom (your grandmother).

I’m not really sure how I tipped off Santy Claus about this guy, but if I had to guess, I’d say it was either from seeing him in the Sear’s holiday wishbook (AKA The Toy Bible) or from this commercial:

I can’t think of any toys that could be brought to life more than this cool ghoul. Hours and hours were easily burned by doing your best Dr. Frankenstein impression and morphing him into whatever nasty mutation you desired. Also figuring out how each of the control mechanisms worked, like creating bubbling boils by placing a layer of clay over a compartment filled with ooze, then pumping it at the base to make the wound fester. If you really cherished Monster Face like Uncle T did, playing with this toy might as well have been an intro course to practical gore effects (for ages 5 & up).

Wait. What’s this? A GOOSEBUMPS RIPOFF?

Not exactly. In 1994, a few years after Hasbro, Inc. purchased Tonka Corporation (which included Kenner Toys), the company restructured the corporation into two groups – the Hasbro Games Group (Parker Brothers and Milton Bradley) and the Hasbro Toy Group (Kenner, Tonka and Playskool). Under the Kenner name they redesigned Monster Face into the Goosebumps Monster Head Maker, capitalizing on the smash success of the R.L. Stine book collection. 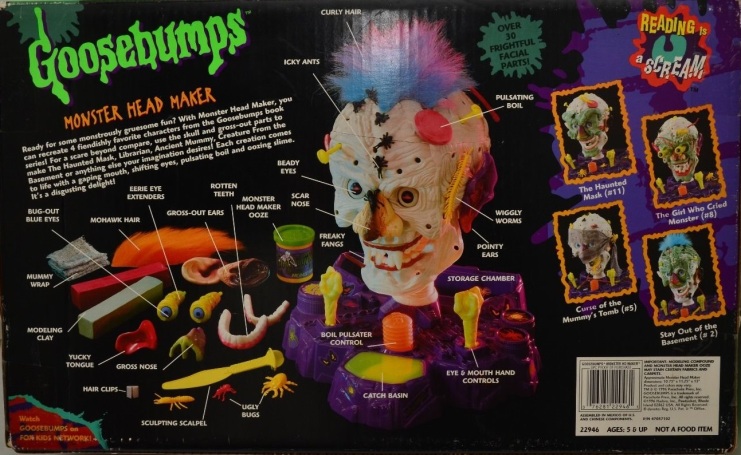 At first glance the two toys appear to be identical, minus the fancy new box illustrations and purple base for his squash. Looking into it a bit further, one very cool difference was that Mr. Head could be transformed into one of your favorite Goosebumps monster!

What better way to intensify those nightmarish thoughts after reading Goosebumps by breeding one of the book’s monsters at home? With the included sculpting scalpel you could also now create ghoulish gore effects like blisters, welts and maggot mounds. Best of all, the modeling clay didn’t dry out. C’mon now, how long did clay really last from some of your other toys before it was smudged across the carpet or lodged in the vacuum?

So…now the burning question, why isn’t TNUC’s own Monster Face pictured here? Well, I just recently found out MY MOM GAVE IT AWAY. Excuse me why I climb to the top of the Camp TNUC flagpole and jump off. 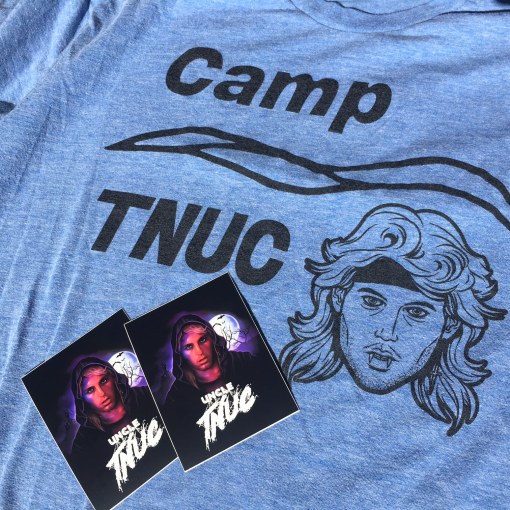